Cybersecurity is the practice of protecting computer networks, systems, and user data from unauthorized access or theft. It encompasses both physical and cyber protections. Cybersecurity is also known as information security or infosec.

The term “cybersecurity” is relatively new; it first appeared in print in the early 1990s. In its earliest incarnation, it referred to the security of electronic data, including but not limited to computer networks. Over time, however, the scope of cybersecurity has expanded to encompass a wide range of activities, including protecting critical infrastructure, preventing cybercrime, and ensuring the privacy of online users.

The need for cybersecurity has become more urgent in recent years as the number and sophistication of cyber threats have increased exponentially. Today’s cybersecurity threats include everything from malicious computer viruses and worms to denial-of-service attacks and data breaches. And with the proliferation of connected devices (the so-called “Internet of Things”), the attack surface for potential cyber threats is only growing larger.

As we become increasingly reliant on technology in our personal and professional lives, cybersecurity will continue to be a top priority for individuals, businesses, and governments alike.

The etymology of cyber security

The term “cyber security” is derived from the field of computer security, which itself has roots in information security. Cyber security is a relatively new term, coined in the early 1990s. It gained popularity in the 2000s with the rise of the Internet and computer networking.

Computer security dates back to the early days of computing, when programmers and engineers first began developing ways to protect their data and systems from unauthorized access and tampering. One of the earliest examples of computer security is the firewall, which was developed in the 1980s to prevent unauthorized users from accessing a network.

With the growth of the Internet in the 1990s, computer security became more important than ever before. As more businesses and organizations began using computers and connecting to the Internet, they became increasingly vulnerable to attacks by hackers and other malicious actors. In response, a new field of study called cyber security emerged, focused on protecting networks and computers from these threats.

Today, cyber security is a vital part of keeping our online lives safe. Whether we’re using our personal computers or smartphones for banking, shopping, or just staying connected with friends and family, we all rely on cyber security to protect our information from being hacked or stolen.

It’s a common misconception that the correct spelling of a word doesn’t matter, when in fact, it can actually make a big difference. For example, take the word “cybersecurity.” If you were to spell it as “cyber security,” this would suggest that there are two separate concepts at play, when in reality, they’re one and the same. Therefore, using the incorrect spelling could potentially lead to confusion and misunderstanding.

That being said, there’s no need to stress over which spelling is technically correct – both “cybersecurity” and “cyber security” are widely accepted. So long as you’re using the term consistently throughout your writing, you’ll be just fine.

The History of Cyber Security

It’s no secret that cyber security is a hot topic these days. With all the news about data breaches and cyber attacks, it’s no wonder that people are wondering if they should be doing more to protect themselves online. But what exactly is cyber security? And where did it come from?

Cyber security refers to the practice of protecting electronic information from unauthorized access or theft. It includes the prevention of viruses, malware, and other malicious software from infecting computers and networks. Cyber security also encompasses the protection of personal data and privacy online.

Today, cyber security is more important than ever before. With more and more people using internet-connected devices, there are more opportunities for hackers to gain access to sensitive information. That’s why it’s so important to have strong cyber security measures in place. By understanding the history of cyber security and how it has evolved over time, we can better protect ourselves against current and future threats.

The Debate Over Whether Cyber Security is One Word or Two

Those who believe that cyber security should be one word argue that it is a compound noun, and thus should be written as one word. They also point out that the term is often used as one word in other languages, such as French and German. Additionally, they argue that writing it as two words can be confusing, as people may not know whether the second word is an adjective or a noun.

Those who believe that cyber security should be two words argue that it is not a compound noun, and thus should not be written as one word. They point out that the term is made up of two separate words, “cyber” and “security,” which have different meanings. They also argue that writing it as one word can be misleading, as people may think that it refers to security in general, rather than specifically to computer security.

The debate is likely to continue for some time, with no clear resolution in sight. In the meantime, both versions of the term are widely used, so you can use whichever version you prefer.

The Different interpretations of Cyber Security

When it comes to cyber security, there are a variety of different interpretations. For some, it is simply the act of protecting your computer from malicious software or hackers. Others take a more comprehensive view, believing that cyber security encompasses everything from data protection to online privacy.

With so many different interpretations of what constitutes cyber security, it can be difficult to know where to start. However, there are some basic steps you can take to protect yourself and your family online. These include installing anti-virus software and keeping your operating system and software up-to-date. You should also be cautious about clicking on links or opening attachments in emails, even if they appear to come from a trusted source.

By taking these simple precautions, you can help keep yourself safe from the many threats that exist online. Cyber security is an important issue for everyone, so it’s important to be informed and take steps to protect yourself and your loved ones.

The Future of Cyber Security

The future of cyber security is shrouded in uncertainty. There are a number of factors that could shape the future landscape of cyber security, including the increasing sophistication of cyber attacks, the evolving role of nation-states in cyberspace, and the continued proliferation of connected devices.

However, there are a few things that we can be reasonably sure about when it comes to the future of cyber security. First, the need for strong cyber security measures will continue to grow. This is due to the fact that our reliance on technology will only increase in the years to come. As more and more aspects of our lives move online, we will become increasingly vulnerable to cyberattacks.

second, the role of artificial intelligence (AI) in cyber security will become increasingly important. AI can be used to help identify and defend against potential threats. Additionally, AI can be used to automate many of the tasks associated with managing cybersecurity, which will free up human resources for other tasks.

Finally, it is likely that nation-states will continue to play a major role in cyberspace. Nation-states have been increasingly involved in cybersecurity incidents in recent years, and this trend is likely to continue. In some cases, nation-states may use cyberattacks as a tool for political or military purposes. In other cases, they may seek to defend their own citizens from attacks by foreign adversaries. Whatever their motives, nation-states are likely to remain a major player in the world of cybersecurity for years to come.

It’s hard to say for sure whether “cyber security” is one word or two. After all, the term is relatively new and there isn’t a definitive answer. However, based on the way it is commonly used, it seems safe to say that “cyber security” is two words. So, when writing about this topic, remember to use two words instead of one. 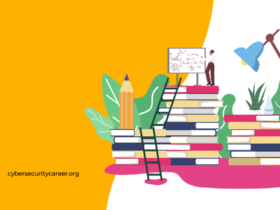 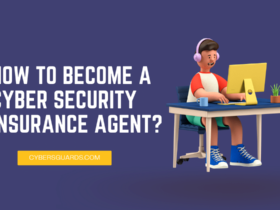